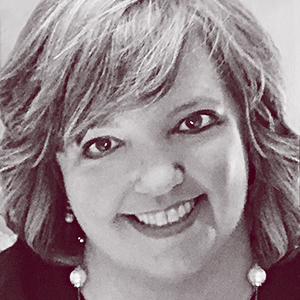 Lisa Ripson, Principal of Ripson Group, loves to tell stories. After years in the newsroom, she now brings journalistic insight to her clients. She believes every client is a partner. With that approach, Ripson has served diverse industries and organizations — including wireless, real estate, retail, grocery, restaurant, farmers markets, veterinary medicine, medical, and not-for-profit. Her dedication to storytelling and finding the right voice for clients has fostered many long-term relationships.

Ripson’s emphasis on compelling communication stems from her journalism background. She spent 14 years as a broadcast news producer, including nine years at NBC Chicago affiliate, WMAQ-TV.

In 2005, she won an Emmy for co-producing the documentary, “The Dells, Oh What a Night.” She has four other Emmy nominations. In 2008, Ripson wrote and produced a half-hour documentary for Animal Planet. Today, Ripson recalls the same video production expertise for her clients.

Ripson received her B.A. degree in radio, television, and broadcast news from Drake University. She served on the alumni advisory board at the university. She has taught broadcast news writing at Chicago’s Columbia College and is a member of the Public Relations Society of America. 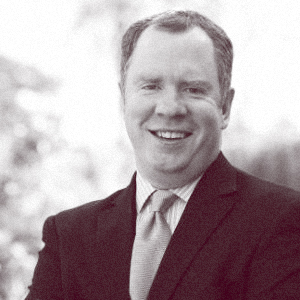 Prior to becoming President for Ripson Group, Comes spent two decades in public relations and marketing.

As National Director of Media Relations for Clearwire, he oversaw nationwide launches for 4G mobile internet and the popular CLEAR Spot Voyager. Other telecom clients followed, including AT&T, Cingular, and Sprint PCS. In 2007, Comes had one of the great moments in tech history. Comes launched the first generation Apple iPhone with a live CNBC broadcast from Chicago. In 2013, he added ROK Mobile with national stories on ABC Radio Network with Alex Stone (2018).

“Lisa has done a very good job making sure her clients get the attention of the local media, including myself. She has a lot of contacts, especially in the electronic media in Chicago, and she is persistent in working to get them coverage. Her background in media helps her understand the needs of reporters in addition to the needs or her clients.”

“I’ve worked with Lisa Ripson and Ripson Communications on multiple local news events. Each time we’ve collaborated on an event I have been consistently overwhelmed with her knowledge of TV as a medium, list of ideas for promotion and attention to detail. Her background and professionalism makes her my go to public relations specialist.”

“Working with Lisa Ripson is always a pleasure. Her firm communicates her clients’ messages in an articulate, concise and creative way. One of the best in the business. Her background as a former journalist is a true plus, as she clearly understands the needs of the media she targets.”

“Thank you is not enough. It really was a pleasure working with you this morning. You made my job so easy. Thanks to you our reports looked better than I could have imagined. Everyone back at the station was extremely pleased.”

“One thing that sets Chris apart from the many PR people we work with is his integrity. He won’t tell you something just because you want to hear it. He is honest and dependable. He also has the ability to develop a clear message and stay true to it. He also works harder than almost anyone I know. Chris knows how to work on his own as well as be part of a bigger team.”

“As a support for media events he’s been unmatched in my experience. Chris had an uncanny ability to provide me with all the key talking points and messages needed, but I never lost my personal style and authenticity with this coaching and guidance. His personal relationships with influencers in the media opened many opportunities for us that normally would not have existed. He made the news happen for us.”

“You have consistently gone above and beyond for us throughout the years. Your contacts, determination, and professionalism have been an incredible asset to our organization. We consider you part of our team and our strategic plan. You have helped move us from a small organization to the model of what a community organization can do.”

“Not only did you craft a marketing brand identity, you gave focus to a mission the entire staff has embraced enthusiastically. Our key metrics were remarkable: 32% increase year on year revenue, 46% increase year on year entrees served, 42% increase year on year guests served
web traffic increased by over 350%. Your connections in the Chicago media are a great asset for the success of any marketing plan you design. We gained exposure to potential clients. Chef Terry’s appearances brought positive public recognition with our current customers, new customers and potential customers. Overall, La Buona Vita would highly recommend Ripson Group to any company looking to increase revenue, increase market share, or simply hone their current brand to succeed in their market place.”

“Ripson Group has been an important player in our long-term plan on how to best market the business community in La Grange. The agency is adept at reaching out to the right players with the right message in Chicago media. They are PR pros who get the job done.”

“I have known Chris and Lisa — both personally and professionally — for many years, and have always found them to be intelligent, hard-working, and of the highest integrity. Chris is very much an integral partner to our company resources and has always worked effectively with our management team. He is committed to understanding the intricacies and objectives of our business. As a result, I have personally witnessed Chris apply sound judgment and common sense to our working relationship. Working with Chris and Lisa has helped to improve our bottom line, and made Green Golf Partners a better overall business. I highly recommend that you seriously consider making them an integral part of your team.”

“I would strongly recommend Ripson Group to handle your public relations efforts as well as your marketing and event needs. They deliver amazing results and are true professionals. They are extremely reliable and their communication with their clients is excellent. Ripson takes great pride in their work and is a very valued partner.”

“Ripson Group has helped us to build our business not only by giving us hands on media training like no other but also supported us with their wide range of resources. Rarely do you find people that genuinely care about their clients. They deliver the whole package!”

““Thanks to Ripson Group and its vast resources, we had received exposure at all levels of the media: internet, print, radio, and television at a local and national level. I have 100% faith in Ripson.”